The game between these teams is always very interesting to watch. Both sides have great abilities almost in all positions. Manchester City lost only one game at home during the year. However, Tottenham is very uncomfortable and unpredictable opponent for almost every team, so they could cause some troubles to Citizens. We see both teams scoring at this match with great odds.

Already in the second round of Premier League, we will see one of the most interesting and exciting confrontation Manchester City vs Tottenham at Etihad Stadium, in Manchester. Both teams spent brilliantly last season and even strongly built their teams. Manchester City aiming ęrd in a row Premier League and obviously are not going to give up in the fight for the UEFA Champions League. The teams remained almost unchanged since each of the positions looks almost impeccable.

During the last į games, Manchester City looks much more confident finishing 4 of them with wins. The Sky Blues won twice against Spurs in Premier League in a very though games with same 1:0 results both at Wembley and Etihad. However, Hotspurs won the Quarterfinal of Champions League against Citizens with aggregate 4:4 result, and 3 away goals. Even losing several players due to injuries, Tottenham stood strong and showed determined character. This game should also be very interesting, so read our thoughts about this Manchester City vs Tottenham match here below.

Manchester City already won FA Community Shield final on 4th of August winning by penalties against Liverpool. The first round of Premier League started for Manchester City very well. They won against strongly changed West Ham United team with 5:0 result. During the first half, City were more careful, as the first match against every opponent could be unexpected. However, Citizens had much more dangerous moments and ball control. Finally, at 25th minute Gabriel Jesus opened the score after great K. Walker pass and run. The second half was totally crashed after Sterling hattrick and 5 scored goals in general, saving the clean sheet. West Ham talented and fast players tried their best, but Stones, Laporte, Zinchenko, Walker, and new signing Rodri stood strong without any big mistakes during the whole game. At home, Manchester City is almost unbeated. Last season they lost only once in 19 games, winning all other 18 matches. 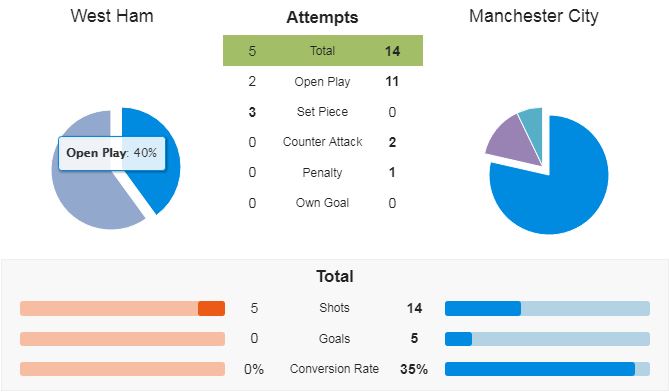 City made a great deal changing Danilo on Joao Cancelo with surcharge, who will be a great addition on the right side. We expect him to change Walker at the end of the next game, as he needs to practice with the main team during important games. Unfortunately, B. Mendy, L. Sane and very likely Fernandinho will miss the next game due to injuries.

Spurs also started the season well, even without several leaders as Dele Ali have a thigh injury and Son Heung-Min red card suspension. After last year, they already learned how to play by rotating the squad and playing almost every match without one of the leaders. The team won the game against Aston Villa even losing 1:0 after the first half. Ndombele scored his debut goal in the second half and Harry Kane scored double to validate the victory. In general, Tottenham were obviously stronger with 70% of possession and 31 goal attempts. The newcomers of the Premier League held strong, but settled in the second part of the match and eventually lost. Tottenham always plays until the end, even in such matches. 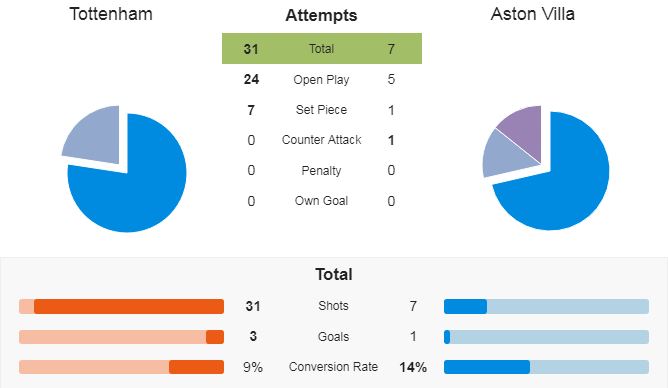 Article image is taken from http://www.sportingpedia.com