We see here a very difficult but tactically interesting game. Even if Real is in the first place in La Liga now, the hosts will have an advantage of the match. They are definitely not weaker than Real Madrid, which is looking for their game. Moreover, there will not be several players who basically worked as creators of dangerous moments. For both teams, this game will be fundamental, therefore we believe that teams will score less than 3 goals and Atletico will not lose.

At the 28th of September, we will watch the Madrid Derby between Atletico Madrid vs Real Madrid, which will be held at Wanda Metropolitano. The first and second place in the La Liga table will play for very important points in the championship. It’s strange, how even playing far from their best football, Real Madrid got into first place. Can Diego Simeone and his squad win at home? Or did the Zidane’s era return and they will dominate in Spain this season? Find out in our preview about this interesting La Liga Atletico Madrid vs Real Madrid match here below.

During the last 2 seasons, teams met 5 times. One of the most important matches were about to know who is the best in Europe. Real was champion of UEFA Champions League and Atletico of Europa League. They played in Super Cup final, where Atletico won on extra time with 4:2 result. In La Liga, during t season both matches finished with draws. However, last season, Real played a draw at Santiago Bernabeu and won by 3:1 at Wanda Metropolitano. 3 out of 4 last Primeira Division games finished with less than 2.5 goals. 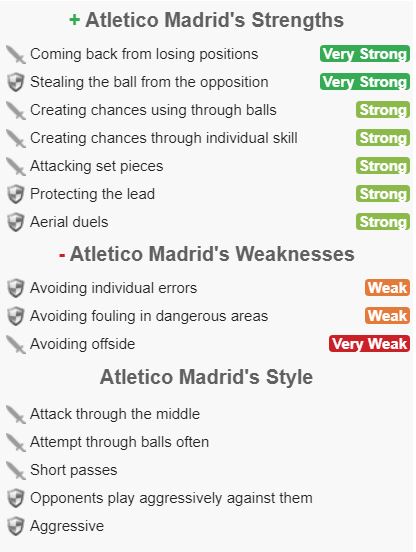 At home, since losing to Real Madrid, Atletico playing very best football at Wanda Metropolitano. In 13 matches in different competitions, they won 10 and drew 3 against Sevilla, Juventus and Celta Vigo. The Mattress Makers looks pretty well playing very confidently at home and away games. However, they already lost a game against Real Sociedad. In our opinion, changes in the squad even benefited the team, as some have already begun to relax. Diego, as always, is good at playing his own game, even on foreign fields. Felix has taken root very well in the team from the first minutes. He is already demonstrating leadership qualities in attack and in the team as well.

In the last match, against Mallorca Atletico played very accurately, however, hosts had chances to score and led the match. Diego Costa and Joao Felix scored goals and won 3 very important points this season. As during the last season, The Indians have chosen defensive tactics with a close game. They are not playing widely, trying to attack more often, they search for a better way to counter-attack. We see them using the same tactic playing against Real Madrid as they want to take a victory after such a long break in the official matches. This summer, Atletico won against Real with 7:3 result at MetLife Stadium, in East Rutherford during International Champions Cup.

Sime Versaljko and Thomas Lemar will miss Madrid Derby due to injuries. 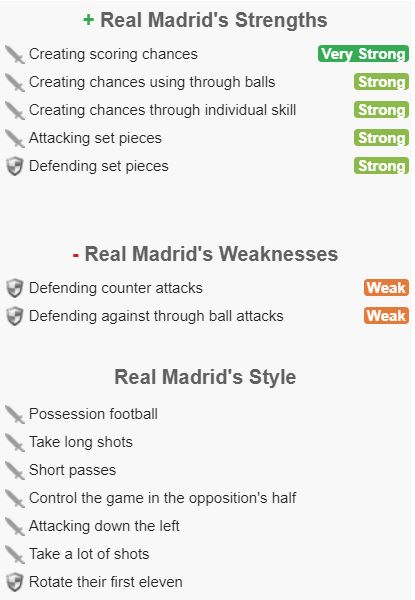 Together with Athletic Bilbao, Real Madrid is still unbeated in Spanish La Liga. Even playing far from their best football, this team plays confidently and stand at first place with 14 points overcoming nearest chaser Atletico which collected 13. There was and will probably be a lot of talks for a long time about the team’s bad game. But if there is a result, then everything works what Zinedine Zidane planed. This is natural when, after very big changes in the club, the team is in a game crisis. There are good results, confident victories, 1st place in La Liga. Of course, it didn’t work out well in the UEFA Champions League in the game against PSG, but the team has something to work on and need time.

Real failed to even shot on target during the game against PSG and lost it with 3:0 result. Here morality and psychology played more than the abilities of players and teams. Apparently, for PSG, it was important to show their strength to fans who have long been waiting for victories and achievements in UEFA Champions League. To all problems, joined injuries of important players. It is those who create the game in the middle of the field and mostly uses their creativity in attacks.

Article image is taken from https://www.90min.c

Statistics are taken from www.whoscored.com