Borussia showing very strong game even playing away games, so this time they need to be even more strong playing very important and maybe decisive game for the in Europa League. AS Roma will play whitout several important team leaders, so they will obviously weaker. We see here Borussia Monchengladbach taking advantage and at least snatching 1 point in this match. Borussia double chance with 1.75 odds is our choice. 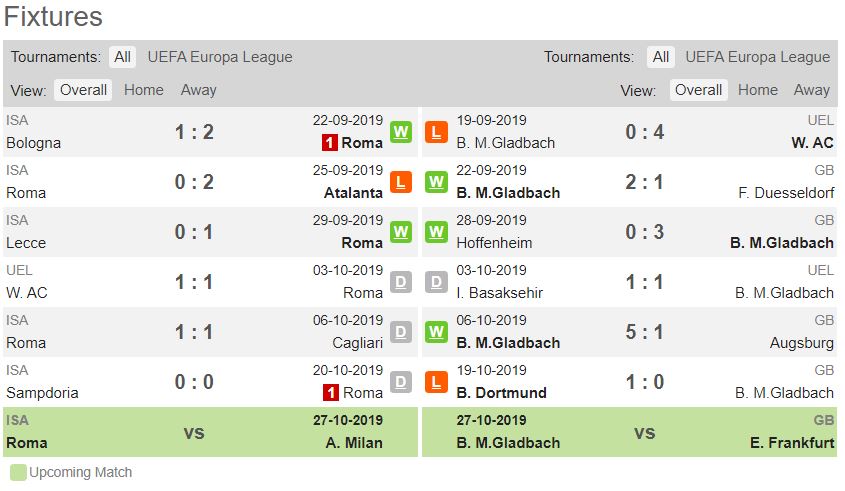 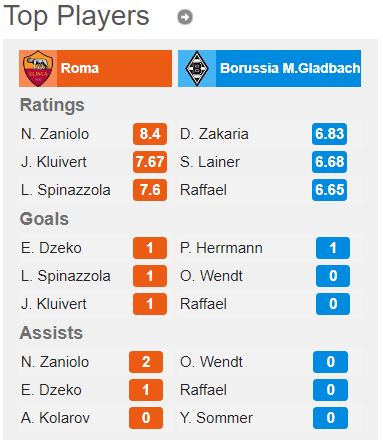 AS Roma shows very strong football so far. They lost only once in all competitions against Atalanta. Roma played at home ground, so this defeat even more humiliating. In Italian Serie A several last games they drew playing against not strongest opponents, although, they still at 6th place and have great chances to fight for first 4 places. The biggest challenge now is to find the right way to play without almost all main squad players. They faced an absolute crisis with missing players since most of them are injured and will watch the next game form the bench. That’s one of the reasons why even playing against Sampdoria and Cagliari Roma failed to win. In Europa League, they showing good results so far.

At home, they totally crushed Turkish Basaksehir and at home drew match against underdogs of the group Wolfsburger AC. In general, the poor situation with the main squad can give a bad result even playing at home. Bryan Cristante, Pellegrini, Kalinic, Cengiz Under, Davide Zappacosta, Amadou Diawara and Henrikh Mkhitaryan will miss the next game due to injuries. Moreover, Justin Kluivert is suspended for one match.

Borussia Monchengladbach even losing the last match over Borussia Dortmund, saved the 1st place in Bundesliga. A very unexpected result from this team can bring them to another level. Not only in Germany but also in Europe. They have a great opportunity to take advantage of injury crisis faced AS Roma and fight for a very important 3 points at Stadio Olympico. Even losing already twice in Bundesliga, they show one of the strongest defences.  In 8 games, they conceded only 7 and scored goals. Even Wolfsburg and Bayern Munich with fewer defeats stand at weaker positions. In UEFA Europa League season started from sensational defeat against Austrian Wolfburg AC, which now stands in a higher place in Group J. This could be a great opportunity for Monchengladbach to take 3 points playing against weakened Roma and show their true football even in Europe.

Lots of players still under question, if they will join main squad playing against AS Roma. Unfortunately, Matthias Ginter and Tobias Sippel will miss the next game for sure. Torben Musel, Tobias Strobl, Keanan Bennetts, Fabian Johnson, Ibrahima Traore and Alassane Plea still under question.

Article image is taken from https://rp-online.de/

Statistics are taken from www.whoscored.com