Chelsea won only once in the last 5 meetings, while Citizens took 3 victories. Playing at home ground, Manchester City is strong favourites of the match, but Chelsea could be very dangerous in attack and will obviously use their most dangerous weapons. However, Blues have big weaknesses in the defensive line, so they also should be very careful playing on their own side. We expect here both teams will score and the match will end with more than 2.5 goals in total.

Manchester City vs Chelsea should be the most interesting Premier League weekend match, which will be held at Etihad Stadium, in Manchester. After a very great start, Citizens already stands behind the London club, which started the season from 4:0 defeat against constant rivals Manchester United. Frank Lampard did already very strong impact on great team results and already exceeded the expectation of the fans. Nobody expected from such a young squad such great results in Premier League and Champions League competitions. Read our thoughts about this most exciting Premier League Manchester City vs Chelsea weekend match, here below.

Citizens at the moment are not in their best shape, as they lost 2 out of their 5 last Premier League matches. Moreover, they played a draw with Atalanta in Italy after the Gabriel Jesus missed a penalty at 43rd and Claudio Bravo red card at 81st minutes. However, this team is one of the Premier League favourites even standing 9 points away from Liverpool, which already built a big difference between the chasers. Even against the leaders of the Premier League Manchester City lost one of their matches. But we remember the last year when all the things changed in the 2nd half of the season, so we have much more to see after the New Year.

At home, Sky Blues won 4 matches in a row in different competitions and conceded in 3 of the, So playing against Chelsea, which is extremely strong in attack, hosts should prepare better than against any other club.

Visitors from London shows one of the most unexpected results so far. They started the season very weakly losing twice against strong opponents. However, Frank Lampard made a very big impact on building a young but very strong team. They already stand at the 3rd place showing best from in the last 5 games. Of course, they have troubles playing in defence, but in the attack, they show very confident results.

Tammy Abraham, which was one of the Championship leaders in Aston Villa last season, now leads the legendary Chelsea club with 10 scored goals, standing behind Vardy in Top Scorer standings only due to 1 goal. He netted already his England national team ball and confidently fighting for the important role in Southgate’s team. Yes, it’s hard to compete with such a strong striker like Harry Kane, but he obviously will get a chance in Euro 2020. SO he should be the main weapon playing against Manchester City at Etihad stadium. 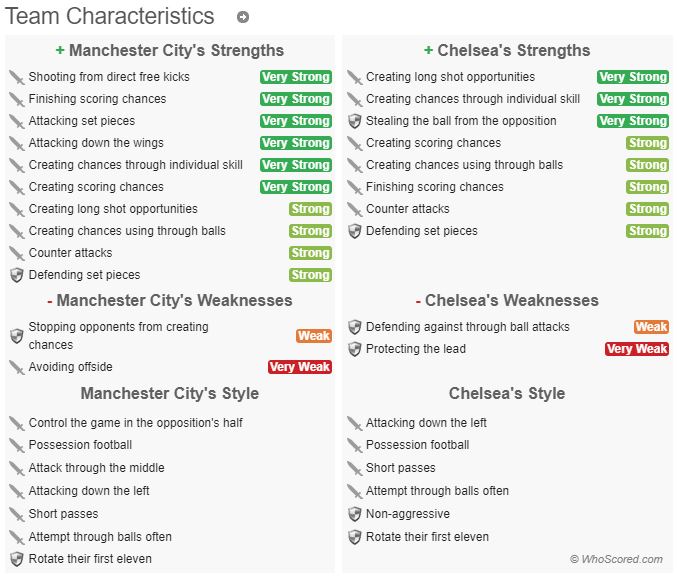 Manchester will play without Leroy Sane, Aymeric Laporte, Oleksandr Zinchenko and Ederson due to injuries. Chelsea also has missing players. Antonio Rudiger and Ross Barkley will not be able to help the team because of injuries.

Article image is taken from https://theprideoflondon.com/